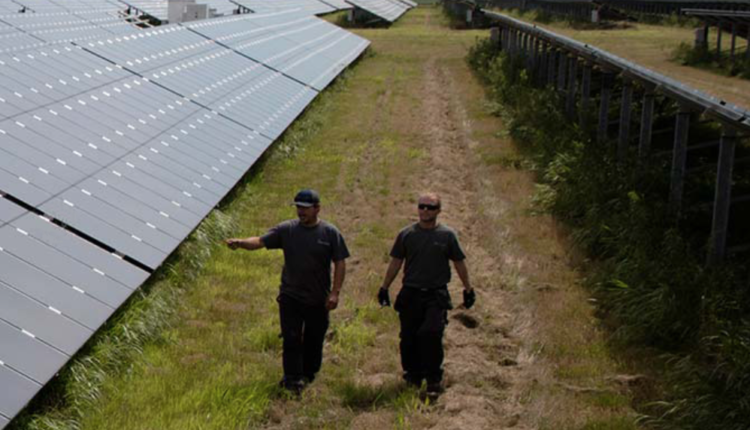 WEC Energy Group, a Milwaukee-based energy company, has announced plans for a new 310 MW solar + storage project. If approved, the Paris solar battery park in Kenosha County would be the largest of its kind in Wisconsin. The system has 200 MW of solar energy and 110 MW of battery storage.

"As one of the largest renewable energy investors in the state, we understand the importance of clean energy," said Tom Metcalfe, president of We Energies and Wisconsin Public Service. "Projects like this maintain reliability, generate significant savings for customers, and support the governor's task force goals on climate change."

The Paris solar battery farm is part of the company's plans to invest $ 2 billion in new solar, wind and battery storage projects through 2025. When completed, the 1,500 hectare project is expected to contain up to 750,000 solar panels. Investing in clean energy like the Paris project is an important part of the company's goal of reducing CO2 emissions by 70% by 2030. The company's longer-term plan is expected to save utility customers more than $ 1 billion over the next 20 years.

The company submitted a proposal for a Solar + storage project to the Wisconsin Public Service Commission (PSCW). If approved, WEC Energy Group's utilities, We Energies and Wisconsin Public Service, would own 90% of the project. Madison Gas and Electric (MGE) would own the other 10%. MGE asks the PSCW for approval to purchase solar energy and battery storage from the park. If approved, MGE will have 20 MW of solar energy and 11 MW of battery storage.

Invenergy LLC received approval from PSCW to build the solar project in December 2020. Invenergy also suggested installing a battery storage system on site. Construction is expected to start in 2022 and the project is scheduled to go into operation in 2023.