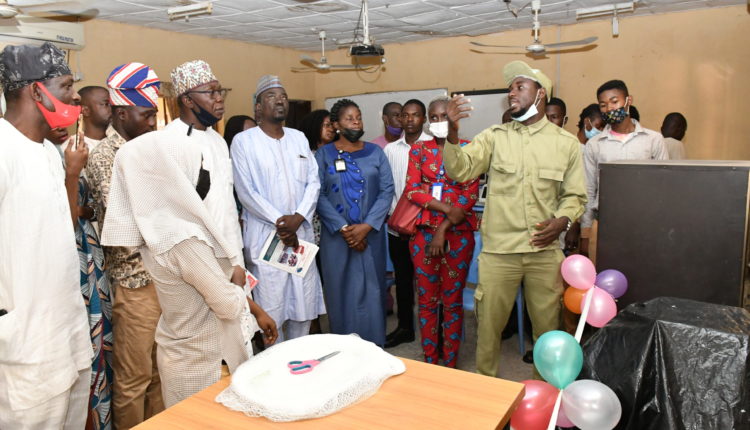 Both the electrical inverter system and the street lights are part of his Community Development Service (CDS) projects.

The project unveiling ceremony attended by representatives from NYSC, FCT Zonal Office; Invited dignitaries, the school principal, staff and students of the GSS Jabi, along with journalists, took place on Friday.

Previously, before the project was commissioned, the NYSC Zonal Coordinator for FCT, Alh. Suleiman Abdul, represented by Ms. Busayo Yusuf, the Schedule Officer responsible for CDS projects, delivered his goodwill.

The NYSC official acknowledged Farouk Ahmad's hard work, dedication and passion for running the CDS projects, which will impact both the staff and students of the beneficiary schools in a number of ways.

A public relations expert Mallam Yushau Shuaib, one of the sponsors of the projects, praised the Corps members' diligence in finding solutions to problems.

“Farouk has personally fixed serious electrical and solar power failures on our premises and in the neighborhood on several occasions without taking a penny. So we felt it was appropriate to offer him our support to properly carry out the CDS projects for the benefit of students, schools and society, ”he said.

Thanking his sponsors and guests, Kano state-born corps member, Farouk said his electrical inverter project, which consists of an inverter and two batteries, will include 50 mini-laptops, a desktop computer, two printers, and a projector on the GSS computer Jabi power room. The safety lights installed at GSS Wuse provide lighting and, at the same time, security at night.