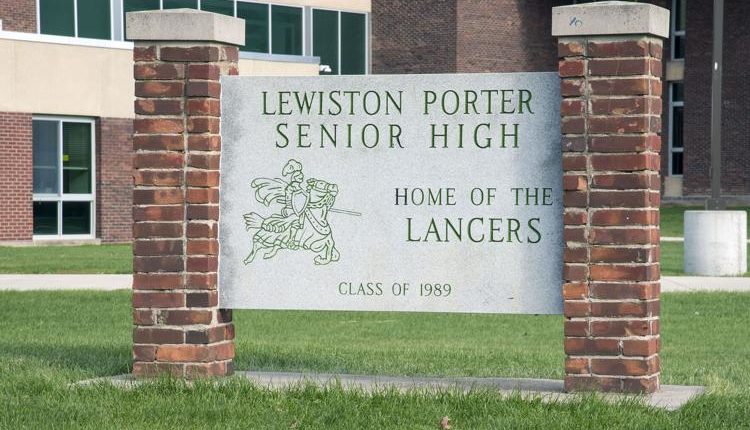 LEWISTON – The Lewiston-Porter School District plans to equip the roofs of its buildings with solar panels.

Superintendent Paul Casseri said the district used the Iroquois Central School District as a model. Dean Stanfield, a commercial sales consultant for Solar Liberty, spoke to board members about the benefits of solar energy as well as the system their buildings would use.

"The system we developed for your roof is a ballast system," said Stanfield. "… It's rated at 90 mph sustained winds and 100 mph gusts. There's no roof penetration, no roof warranty issues and it really is the best design. And the beauty of it is that we are We can use more modules because we can line them up to maximize your production and you can get more credit on your electricity bill. "

The generated energy is fed back into the grid to be used elsewhere, not just in Lew-Port buildings. Stanfield stated that if the district's solar system generated 10,000 kWh (kilowatt hours) in January with a stack of 0.088 cents from electricity companies, the district's bill would receive $ 880 in credit.

Once the district moves this forward, Stanfield said it will translate into massive energy savings, with an estimated 704,617 kWh of energy generated by the district's solar panels. This would reduce current electricity consumption from over 1.5 million kWh to 829,696 kWh.

According to Casseri, adding solar panels was split into two projects, the first focusing on the Primary Education Center and Lewiston-Porter High School and the second on middle and middle schools. He added that the district offices are also being considered. Patricia Grupka, Assistant Superintendent for Administrative Services, spoke about why these buildings were specifically considered.

"We're doing the PEC because it's because they were already fully air-conditioned there," she said. "We won't be doing any further work on these buildings at the moment and we have some really good flat roofs. Easily accessible … Maximizing all of the upstairs space. We're also a little unusual in that our builds are not from individual buildings for one build."

Once the Lew-Port middle and middle schools get rooftop air conditioners, all work on the roof will be completed, paving the way for solar panels to be installed, Casseri said.

Board member Charlotte Huebschmann asked what would happen if the district had to repair the roof under the panels. Stanfield replied that when roof repairs were made the panels would be removed. However, since it is a modular system, any number of panels could be removed depending on the type of work being done. Before proceeding, the district will consult architects to ensure that the roofs of the building can support the weight of the solar panels.

The system is expected to pay for itself within 13 years. The estimated average monthly savings are $ 5,509.76. However, the total cost to the district is $ 814,136.20 after incentives from NYSERDA.