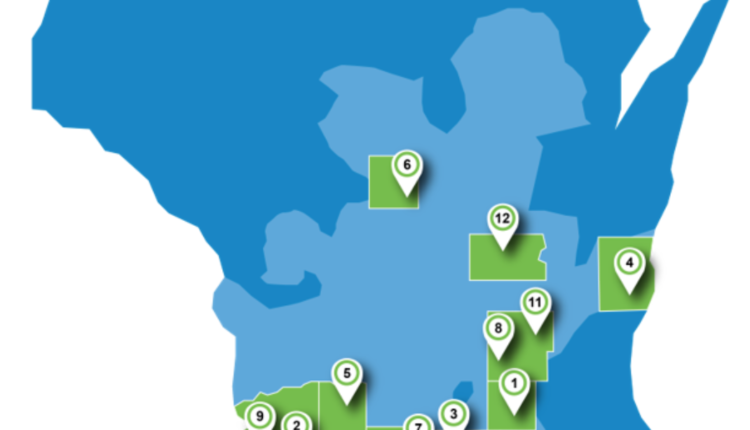 Alliant Energy, a public utility holding company that provides regulated energy services to customers across Iowa and Wisconsin, plans to add an additional 414 MW of solar in Wisconsin.

"Driven by our focused strategy of serving customers and building strong communities, we are accelerating our transition to clean energy," said David de Leon, president of Alliant Energy's Wisconsin energy company. "This continued transition is a wise investment that will benefit our customers over the long term, while creating hundreds of jobs across the state and providing joint revenues to local communities."

The six new projects will be developed primarily in rural areas of Dodge, Grant, Green, Rock and Waushara Counties. Once the projects are up and running, local communities will receive an estimated $ 50 million in shared income – for the next 30 years – that can be used in a variety of ways, including: B. to finance local fire brigades, to invest in school programs and to modernize parking facilities. In addition, local landowners will receive a total of $ 60 million in lease payments over a 30 year period. The additional projects, five of which are being developed by Alliant Energy itself, are expected to create more than 800 local construction jobs in the five counties.

Alliant Energy claims to be awaiting approval of the government certification application they submitted to the Wisconsin Public Service Commission (PSCW) in May 2020. In this application, the company announced plans to acquire six solar projects with a capacity of 675 MW and to advance solar energy by the end of 2023.

Overall, the company's transition to solar is described in its Clean Energy Blueprint – Alliant Energy's strategic roadmap to accelerate the use of renewable energies in a cost-effective manner. It also serves as a guide for the company as it continues to diversify its energy mix to ensure reliability and resilience.

Once these 12 projects are fully developed, Alliant Energy estimates that almost half of its resource mix will consist of renewable resources (wind, water and sun) by 2025. Coupled with the upcoming shutdown of the Edgewater Power Plant and Columbia Energy Center, Alliant Energy is well positioned to achieve its goal of reducing carbon dioxide emissions from fossil fuel generation by 50% by 2030 compared to 2005.