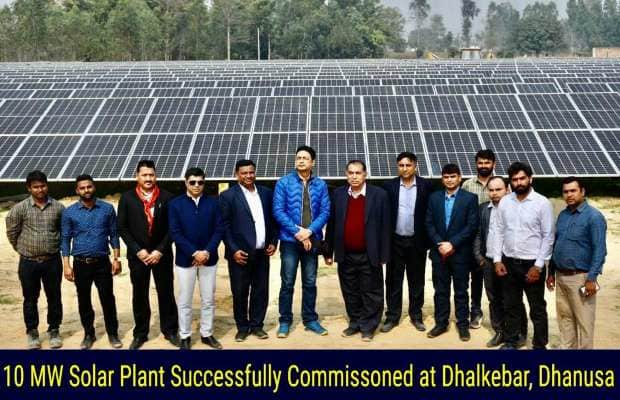 Fimer, the Italy-based solar inverter manufacturer that describes itself as the fourth largest in the world, confirms that Nepal's largest private solar project with Fimer supplied inverters in the Dhalbekar region by Kushal Projects Nepal Pvt Ltd. was commissioned. The project size is 10 MW.

With the central inverter PVS980-58 5MVA and 1MVA from FIMER, the project will supply well-known tourist areas such as Janakpuri with renewable energy and, thanks to increased supply stability, help reduce load shedding.

Nepal primarily relies on hydropower for electricity generation and aims to achieve 400 MW of renewable energy by 2022. However, the country needs an additional 200 MW of energy in order to become independent in the water level in the rivers during the dry season, when electricity generation decreases due to a decline.

In addition, certain areas, including Province 2, cannot develop hydropower projects, but have plenty of solar energy that could be used. Therefore, many solar-powered projects are in preparation to close the electricity gap when hydropower is not an option.

This 10 MW solar project was developed by the Eco Power Development Company under a 25 year power purchase agreement (PPA) of NPR 7.30 / unit and covers 6.3 acres of land. Monocrystalline PV modules were used.

Three central inverters FIMER PVS980-58 were specified, one with 1045 KW and two further inverters with 4500 KW each. These convert the direct current from the solar modules into 690 V AC and work with an efficiency of> 98.8 percent. The 10 MW generated are transmitted via a 33 kV high-voltage vacuum circuit breaker to the 400/220/132/33 kV grid station in Dhalkebar, which is 1 km from the project site.

KN Sreevatsa, Country Managing Director of FIMER India, said of the milestone achieved: “We strive to offer our customers the best solution and the best service. Not only are our long-life inverters vital to maintaining the uptime of such large PV systems, but they also reaffirm our commitment to the company's vision of a sustainable environment. "

FIMER's expanded presence in the South Asia region has resulted in a number of references making it a highly bankable supplier providing high quality solar inverters and turnkey solutions for large utility scale photovoltaic applications, the company said. It has an installed capacity of more than 46 GW worldwide with a capacity of almost 11 GW per year, including string inverters, central inverters and storage solutions.

We Energies, WPS is growing a big solar + storage challenge