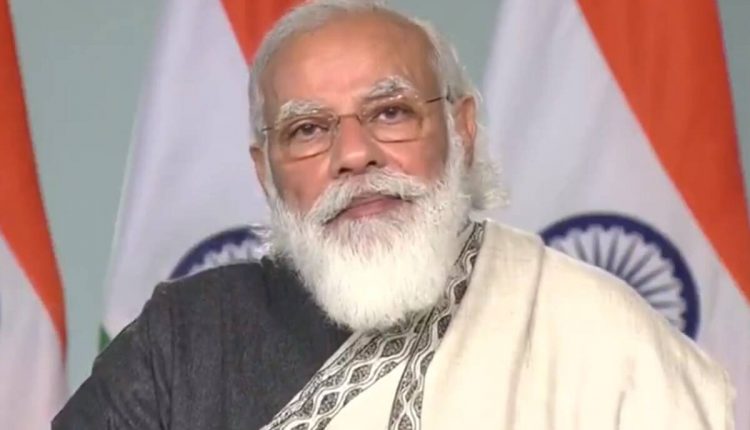 The country has set a target to raise the installed capacity of renewable energy from the current level of 89 GW to 450 GW by 2030.

Demand for domestic solar cells and modules will grow to around 36 giga-watt (GW) in the next three years, Prime Minister Narendra Modi said on Thursday, underscoring the need for India to be a global manufacturing hub for renewable energy. Incentives would be given for local production of these products, he said.

Currently, the country’s domestic solar-panel capacity is around 10 GW; there is also another 3 GW of cell manufacturing facilities. However, about 50% of the country’s manufacturing capacity remain unutilised as developers have preferred to import cheaper equipment, mostly from China, to build solar plants.

Addressing the third edition of RE-Invest, an annual renewable energy investors’ meet organised by the government, Modi said that India is likely to generate business prospects of around $20 billion per year for renewable energy players over the next one decade.

The country has set a target to raise the installed capacity of renewable energy from the current level of 89 GW to 450 GW by 2030. About 35 GW is under various stages of implementation and 30 GW in the bidding stage.

If the 45.7 GW of hydro and 6.8 GW of nuclear capacities are included, the target under the Paris climate change accord of having 40% of installed power generation capacity from non-fossil fuel sources can be achieved by 2022 itself. The renewable energy industry is one of the major FDI earners with the sector attracting $4.8 billion foreign capital till 2019 end since FY15.

To ramp up domestic manufacturing, the Union Cabinet recently approved the introduction of PLI scheme in ten key sectors, under which Rs 4,500 crore has been earmarked for Indian solar module manufacturers for a five-year period, wherein module makers will be incentivised according to the efficiency of the panels. To reduce Chinese imports, the Union government had imposed a 25% safeguard duty since 2018, which has been progressively brought down to the current rate of 15%.

The Centre is also considering to impose a 20% basic customs duty on solar imports; a final call on this is yet to be taken by the finance ministry. Of course, China continues to be the largest source of solar cells and panels for India, with imports worth $1.3 billion in FY20. The value of such imports from China in FY18 was a massive $3.4 billion.

Get live Stock Prices from BSE, NSE, US Market and latest NAV, portfolio of Mutual Funds, calculate your tax by Income Tax Calculator, know market’s Top Gainers, Top Losers & Best Equity Funds. Like us on Facebook and follow us on Twitter.

Financial Express is now on Telegram. Click here to join our channel and stay updated with the latest Biz news and updates.