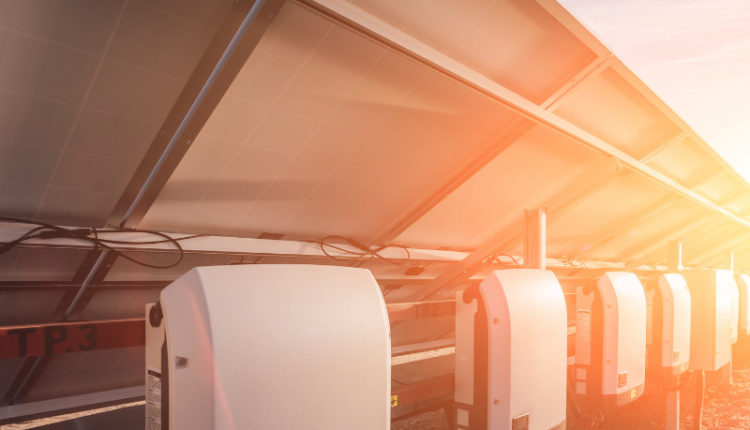 In the 2021 budget, the finance minister proposed increasing the tariff on solar inverters from 5% to 20% and on solar lanterns from 5% to 15% in order to promote domestic production. The government believes that by increasing tariffs and increasing import costs, manufacturers will be given an incentive to "make in India".

Several international companies already have their production facilities for solar inverters in India. Inverters only account for 5% of the total project costs. But will the higher tariffs incentivize on-site manufacturing?

Mercom spoke to several solar inverter manufacturers and suppliers to understand the impact.

According to a leading manufacturer of string inverters, solar inverters used to have a 10% tariff.

The large project developers could receive an exemption of 5% with a certification from the Ministry of New and Renewable Energies (MNRE). “But now the MNRE exception is null and void and the effective delta is 15% when it comes to a large project. In small projects the delta could be around 10% as they never had an MNRE exception. We need to see how exactly the levy affects the market, as tenders generally contain a legislative amendment clause.

So far, the inverter manufacturers in India paid around 10 to 14% tariffs on components that were imported for the manufacture of inverters. However, when a fully built inverter is imported to India, the duty is 5%, which makes it a major disadvantage to manufacture in India.

India needs a robust supply chain of critical components used in the manufacture of inverters, such as: B. a printed circuit board (circuit board), an LCD (liquid crystal display) panel, insulated gate bipolar transistors (IGBT) or a connector. These components are currently being imported and the tariff on these components is counterproductive to the Make in India initiative, which the government is fervently pursuing.

A senior executive at a leading string manufacturer told Mercom, “As we don't have a local supply chain in India, we have tried to reach the MNRE to remove customs duties on the components, otherwise the government's recent tax hike on imported inverters won't have the desired effect. For example, we import IGBT from Europe at 12% duty, which is not an incentive to manufacture in India. "

He concluded by stating that “Make in India” will only be beneficial if the tariff on inverter components is reduced, rather than just increasing the BCD for the inverter.

“Let's take the example of the mobile phone industry, which has had a Phased Manufacturing Plan (PMP) since 2018, according to which there is initially no obligation for the components that are required for the production of a mobile phone such as charger, LCD or touchpad. The tariff on these components was increased to 2.5% later in 2019, and in the current budget they have increased the tariff to 5%. The government needs to do the same for the solar industry, not just inverters but also ancillary industries where several components are similar to those used in cell phones. Ideally, once we have quality suppliers and local manufacturers, duties can be removed immediately and gradually increased. "

Pranav R Mehta, Chairman of the National Solar Energy Federation of India, said, “It is time for Indian manufacturers to become globally competitive and meet not only the demand of the Indian market but also the global market. The announcement of the budget will bring us one step closer to that goal. "

According to Sachin Borisa, Hitachi Inverters, the increase in customs duties will have no impact on Indian manufacturers as they are using bought-out products. “We expect a general impact on taxes for Original Equipment Manufacturer (OEM) products. As a result, this will increase the prices for both string inverters and OEM products. "

He added, "The new tariff regime does not affect domestic players as much as it does OEM products."

K.N.Sreevatsa, country head at FIMER India, told Mercom that the 2021 budget was a big step forward in the vision of the government of Aatmanirbhar Bharat. Italy-based Fimer took over the Swiss-based solar inverter business from ABB in July last year. They have a production facility in Bangalore.

“The rise in tariffs is a boon for domestic manufacturers. So far, the customs structure has helped manufacturers from all over the world. With this change in duty, local manufacturers can make significant gains, ”he said.

According to Sreevatsa, inverters account for less than 5% of the total project cost at the project level, and since most local manufacturers pay a 10% duty even if the duty is increased, the variances in the final numbers are as little as 1-2%.

He added: “In India there are several domestic manufacturers supplying the supply scale projects so there would be no significant cost increase for this segment. When it comes to the C&I segment or solar roofs, domestic manufacturing does not cover the entire range of products required. With the tariff increased to 20%, this will have a marginal impact on the overall cost of smaller rooftop solar panels. "

"But for the utility-scale solar segment, customs are creating a level playing field to compete with imports," Sreevatsa said.

Sunil Badesra, Sungrow country head, said the upgrade was a positive move. "Indian manufacturers used to be uncompetitive due to the reverse tariff structure and the MNRE exemption from tariffs."

Sungrow, a China-based supplier of inverter and energy storage system solutions for renewable energy, began manufacturing in India with a 3 GW facility in Bangalore.

According to Badesra, the effects of the additional levy depend on the “grandfathering” clause of MNRE or on changes to the legal provisions in the tenders already issued. "However, we firmly believe that this will encourage local manufacturing."

According to Mercom's India Solar Market Leaderboard for the first half of 2020, Sungrow, FIMER India (formerly ABB) and Sineng Electric were the leading suppliers of solar inverters for the Indian solar market in the first half of the 2020 calendar year.

The main goal of the government in introducing or increasing tariffs was to incentivize manufacturing in India. With inverters, this goal could be half successful at best. The tariffs have made it expensive to import a solar inverter by 15% compared to 5% earlier. According to many manufacturers, global suppliers can easily adjust the price of inverters to offset the impact of the tariff. Just like the overseas suppliers were able to lower the price of modules to neutralize the effects of a 15% protective tariff.

The government has made it expensive to import solar inverters but not cheaper to manufacture in India.

Rahul is a reporter at Mercom India. Prior to entering the renewable energy world, Rahul was the director of the Gujarat office for The Quint. He has also worked for DNA Ahmedabad and Ahmedabad Mirror. Rahul has a background in banking and finance and has also worked for JP Morgan Chase and the State Bank of India. More articles from Rahul Nair.

YOU CAN START SMALL: SOLAR FOR ONLY 60Okay!