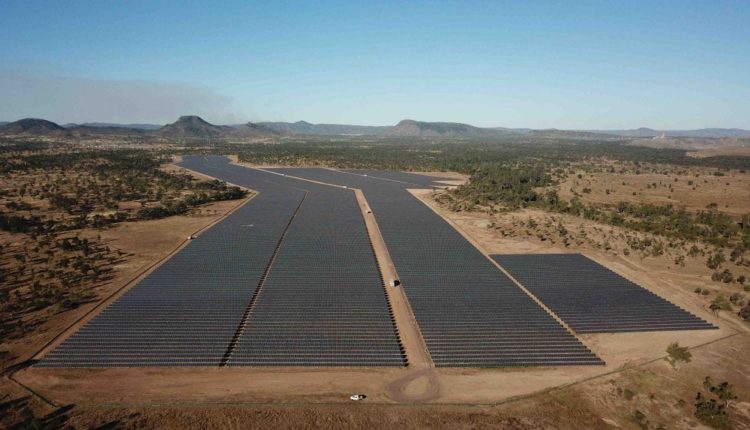 The Australian energy market operator has officially recognized that an innovative technology solution based on solar inverters has solved one of the most difficult problems in transitioning to a wind and solar dominated grid – the provision of "system strength".

The breakthrough came in north Queensland, where fine-tuning the inverters in four solar parks and one wind park has allowed AEMO to explain that a lack of "system strength" in the area has been addressed.

This is a significant development as it indicates the ability of inverter-based technologies not only to produce and store enough electricity to meet grid needs, but also to provide the same vital grid services traditionally provided by synchronous generators, such as coal and gas.

In recent years, AEMO had raised concerns about the system strength across the network, and these often resulted in severe restrictions on wind and solar parks in certain regions or the need to install expensive spinning machines, so-called synchronous capacitors.

One of these regions was at the Ross Node in northern Queensland, in the heart of one of the largest solar provinces in the country. The underfunding meant that, under certain conditions, up to 10 solar and wind parks had to reduce their output in order to guarantee grid security.

System strength is a critical requirement for a stable and safe power supply system. A minimum level of system strength is required for the power system to remain stable under normal conditions and to return to a steady state after a system failure.

System strength refers to the ability to maintain and control the voltage waveform and, among other things, can affect the stability and dynamics of control systems used in inverter-based resources.

Last year, the inverter supplier SMA – whose technology has been installed in the Daydream, Hayman, Whitsunday and Hamilton solar parks – began work on a possible solution to "fine-tune" the inverters so that they can deliver the system strength that AEMO deems necessary.

Much knowledge came from the experience of SMA in the West Murray region a year earlier, where five large solar parks in Victoria and NSW had possibly halved their output for nine months due to the risk of uncontrolled "oscillations", a situation due to the insufficient system strength in the Attributed to the region.

As RenewEconomy exclusively reported in March, the early success of fine-tuning in north Queensland meant the problems were solved at a fraction of the cost of "traditional" spinning machine responses.

See: Inverters solve grid problems at a fraction of the cost of spinning machines

At the time of this writing, final testing in two of the solar farms had not yet been completed, but AEMO said Monday that changing the control settings at the Mt Emerald wind farm and retuning the inverters in the four solar farms were successful.

"After implementing these solutions in North Queensland, AEMO is no longer looking at Ross's failure rate," a report said.

"It is fantastic to see that the solution developed for West Murray is now producing positive results in other parts of the network," Birmingham told RenewEconomy.

“In general, what has been achieved here is a harbinger for the industry, not just in Australia but around the world. As we move away from synchronous generation using fossil fuels, the grid will rely more and more on inverters to maintain the system and improve strength.

"The results in Ross and West Murray are early examples of what can be achieved through innovation and a collaborative approach."

He also said it mattered in light of events like the recent explosion at the Callide C coal-fired power station in Queensland.

“Further progress is to be made as grid-forming inverters work to provide the system strength and respond to network events like Callide C.

"Due to the nature of the Australian grid and the high proportion of renewable energies at certain times of the day, we face these challenges before anyone else in the world."

Battery-based inverter technology has already proven its worth in providing frequency control services to the grid – via the Hornsdale Power Reserve and the other five large batteries in the main grid.

Hornsdale is now – already successfully after the Callide incident – testing the provision of “synthetic inertia”, which helps to slow down the wave effect of major events such as the Callide explosion.

Soon, a new large battery will be testing grid-forming inverters at Wallgrove, similar to those already tested at Dalrymple North and Mt Newman in Western Australia, which means inverters can set the grid frequency signal, rather than just close consequences. It enables a network to only work with wind, solar and battery storage systems.

Regulators are also catching up with the diverse talents of battery storage and inverter-based technologies, opening up a new market for "fast frequency control" where inverters respond to grid disturbances in a fraction of the time than coal, gas and hydroelectric generators do would be answers.

See: Big boost for battery storage systems thanks to new rules that reward a quick response in the network

The main rulemaker has also dropped its controversial "Do no harm" rule, which required many wind and solar parks to invest tens of millions of dollars in synchronous capacitors, which often doubled in the same place and even threatened to weaken the grid rather than close it strengthen strengthen, according to data from broadcasting companies.

AEMO is expected to publish a new paper in the coming weeks outlining the potential of these new inverter technologies in a grid that is expected to move rapidly to renewable energy in the next 10 to 20 years.

And the new map from RenewEconomy with large solar projects in Australia: Large Scale Solar Farm Map of Australia

Giles Parkinson is the founder and publisher of Renew Economy, founder of One Step Off The Grid and founder / publisher of EV-focused The Driven. Giles has been a 40 year journalist and former business editor and associate editor of the Australian Financial Review.