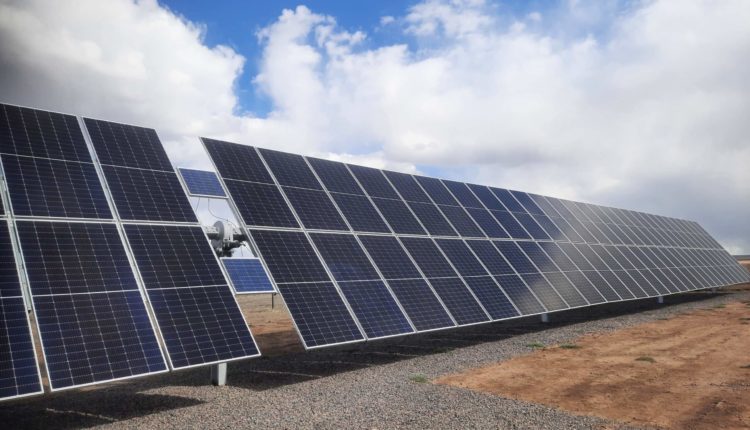 As the solar industry relies on large-format modules, FTC Solar Inc. has introduced Voyager +, a new solar tracker in 2P design that optimizes energy recording while reducing the need for personnel and equipment for installation.

The tracker increases energy production with 46% fewer foundation piles and achieves an energy density almost 2% higher than its 1P competitors, according to the company. FTC currently has more than 1 GW of Voyager + installed or under contract.

“As the solar industry moves towards large format modules of 550 W or more, traditional modules in portrait tracking systems have difficulty supporting these new large 'sails', while two in portrait designs have the experience of scaling to larger surfaces have made. “Says Nagendra Cherukupalli, CTO of FTC Solar.

"Because the static and dynamic wind loads on the structures are much higher, there is a constant need for improved tracking designs with these large formats," adds Cherukupalli. "To fulfill this reputation, our team developed Voyager + to take advantage of 2P designs with proper management of wind loads and the seamless integration of large, complex solar panels – resulting in a zero-stow design."

While some industry 2P trackers are struggling to mitigate the effects of wind that can occur at low wind speeds from vortex shedding and torsional galloping, FTC Solar conducted extensive wind tunnel testing and modeling to develop a unique damper design that had a three times higher damping ratio delivers than conventional systems. The tracker has been validated by RWDI Tunnel Testing and uses a robust design for long-term reliability of wind mitigation.

FTC Solar worked with RWDI and Engineered Power Solutions (EPS) on data analysis and wind tunnel testing to independently validate the structural stability of the product. FTC Solar first implemented code-based methods commonly used in engineering to understand static wind forces based on site design parameters, wind speed, exposure, and similar factors. Initial sensor-based tests were carried out with models of the Voyager 2P system to measure static wind loads and their effects on the structures.

FTC Solar currently has more than 2.5 GW of solar trackers supported by a global presence with 31 production partners in 12 countries.

US solar battery market is ready to hit $ 37.7 – brinkwire