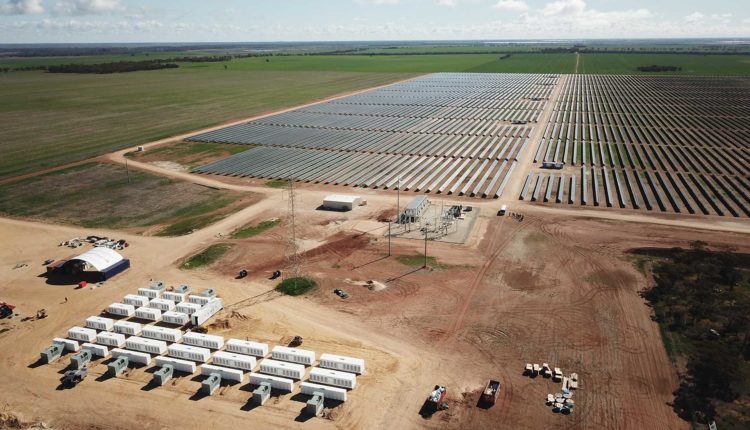 Energy Queensland will conduct a solar battery storage trial in Bargara. Pictured is another project in Victoria.
Photo: ARENA

The Bundaberg Regional Council has approved nine solar parks with a potential generation capacity of 574 MWh in the last five years.

Ben Artup, Executive Director Strategic Projects and Economic Development at Bundaberg Regional Council, said it was exciting to see a large-scale test of networked batteries being conducted on site.

"It is great to see Energy Queensland investing in this type of test. It will continue as usual going forward," he said.

Premier Annastacia Palaszczuk said there will be five network-connected battery locations in Bargara, Hervey Bay, Townsville, Yeppoon and Toowoomba, storing up to 40 MWh in total.

"It is fantastic to see this process take place in Bargara," he said.

“The Bundaberg region is the solar capital of Australia with more roof tiles than anywhere else in Australia and an increase in the generation capacity from solar parks.

"Energy Queensland's investment complements the council's efforts to promote biofuels, hydrogen and other clean energy projects in the area."

Ms. Palaszczuk said that with Queensland having one of the world's tallest rooftop solar panels, the government wants to manage renewable energy “the right way” and keep up with demand.

"As a result, Energy Queensland will be launching a battery storage trial in five Queensland locations to support the continued adoption of renewable energy across the state," she said.

"This means that the excess renewable energy generated by Queenslanders is stored for sustainable use, including capturing the low-cost renewable energy during the day to distribute it to the market during peak periods of high usage."

"This means that this huge source of renewable energy is being used more intelligently," he said.

“In addition, these network battery projects across Queensland will provide economic benefits and help the state recover from COVID-19.

“This storage provides benefits for both transmission and distribution networks, and gives local businesses more opportunities for local manufacturing and construction.

"For example, some of the components, like the switchgear, could be manufactured on site and there will be training and development opportunities in Queensland."

"For this trial, Energy Queensland-owned locations were identified that could deploy as quickly and efficiently as possible and that have the highest levels of solar radiation on the network," he said.

“If successful, Energy Queensland could deploy distribution batteries in locations across the state.

“Renewables currently make up around 20 percent of the energy mix in Queensland, and that number will more than double over the next decade as we aim for 50 percent by 2030.

"Affordable, reliable energy will underpin our economic plan for recovery from COVID, and renewables will play a central role in that."

Incentives for residence batteries might cease congestion in solar energy