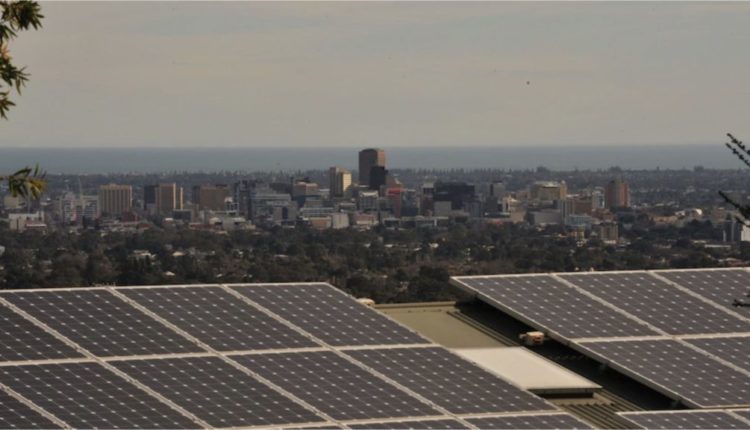 Households with solar panels may have to pay a fee to export excess electricity to the grid. (ABC News: Dean Faulkner)

Australians with solar panels on the roof could soon be charged for exporting electricity to the grid after the Australian Energy Market Commission (AEMC) recommended new rules.

Ben Barr, CEO of AEMC, said the power grid is struggling to cope with the changing power landscape, which is generating more solar energy than ever before.

Around 20 percent of all customers now partially cover their electricity needs with solar energy on the roof, compared to just 0.2 percent in 2007.

Households are selling their surplus electricity back into the grid and the burden on it is becoming increasingly unmanageable.

"The pole and wire business was set up to bring power into your home through those wires from a large generator like a coal or gas works," Barr said.

"The system was not set up for this."

He said that "congestion" on the grid is increasingly forcing utilities to prevent households from exporting solar energy back into the grid.

"That means it's not a really fair system right now," said Barr.

Among the numerous changes proposed in a draft declaratory statement released Thursday is the lifting of a ban on charging for energy exported into the grid.

The AEMC said the recommendation was not designed to impose mandatory export fees, but rather to create more flexibility and pricing options.

"Introducing this flexibility should benefit 80 percent of consumers who do not have solar PV (photovoltaics) on their roof," said Barr.

"We have modeled that the bills will be reduced slightly in this case."

Barr said households across Australia could cut their energy bills by up to $ 25 a year.

Up to 20 percent of Australian households partially cover their electricity needs with solar roofs. (Delivered)

Feed-in tariffs are to be reduced

According to the modeling of the AEMC, the introduction of an export fee would reduce the returns for solar customers slightly.

"For a medium-sized system, we're still modeling that you get a return of $ 900 per year and a small reduction of $ 70," Barr said.

The report shows that people with a large rooftop solar system making more than $ 1,200 a year could cut their benefits by about $ 100.

You would still make about $ 645 a year on feed-in tariffs.

Mr Barr said utility companies could create various services that would allow people to avoid charges altogether when exporting electricity to the grid when needed.

"If customers can move around when they're using electricity, or when their electricity comes on the grid, they might see an advantage," he said.

People could pay a fee for exporting when the network is busy, but Mr Barr insisted that wouldn't be the standard position.

"It'll only happen when the network is congested, not always when you export to the network," he said.

"Consumers have a number of options … a bit like your broadband."

According to the AEMC proposal, households with small solar systems would lose around USD 30 per year in feed-in tariffs (delivery: Totally Renewable Yackandandah)

According to the AEMC proposal, households with small solar systems would lose around USD 30 per year in feed-in tariffs (delivery: Totally Renewable Yackandandah)

Do nothing, not an option

If you do nothing, the consequences could be nationwide blackouts.

"We want to provide the most efficient kind of integration (solar energy) so that everyone benefits and we can decarbonise the sector as soon as possible," said Barr.

The AEMC received proposals to change the regulations from the electricity distribution company SA Power Networks and welfare groups, including St. Vincent de Paul and the Australian Council of Social Service.

They argued that under the current system, non-solar households could be wrongly burdened with the cost of expanding the power grids to cope with the surge in new modules, which was already putting a strain on the grid in states with high solar radiation such as South Australia.

In October last year, South Australia became the first major jurisdiction in the world to run entirely on solar energy.

For a little over an hour on Sunday, October 11th, 100 percent of the energy demand was covered by solar panels alone.

There were also some strong objections to the introduction of export fees, including from solar panel owners.

In a filing with the AEMC during the consultation, community group Solar Citizens said the introduction of a fee was not justified.

"It is unfair to charge solar owners if generators in the transmission network are not charged for access to the network," the statement said.

The AEMC's draft findings are available for public consultation until May 13th. The final decision should be made in June.

Mr Barr said changes could be years away from being implemented.

"The consultation with the wire and wire business and the Australian Energy Regulatory Agency, which is signing changes, will take more than 12 (months) to two years," he said.

"So we're not talking about one big, blanket change that comes in overnight."

Solar Inverter Market Ought to Develop at a Wholesome CAGR of 15.45% Analysis Future (MRFR) – GlobeNewswire

By clearing the solar congestion in Australia, the sunshine is being bought each methods